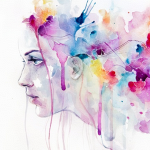 I'm LilyLacreag, one of the admins of Anne of Green Gables Wiki (the other one is SusannahWithAnH). With the help of other editors we are editing and expanding this wiki and making your visit pleasurable.

Being a big TV/film nerd, I usually edit everything concerning different adaptations of the Anne of Green Gables series. Films, TV series, radio and audio dramas, web series, stage productions – everything you can think of. I love the moments when I discover yet another adaptation or a whole bunch of new promo pictures.

I always try to improve our Wiki and fix all the bugs - I can change my name to "Issues-Searching-Machine" (ask Susannah, she can confirm it). I often look for inspiration on other Wikis (like Once Upon a Time, The Vampire Diaries, Harry Potter, DC Comics, Doctor Who and more) and I managed to introduce here several things that worked very well on their respective Wikis. (Thanks to Susannah, she approved them!)

I am back from Scotland, back at my uni. Cannot say I am properly back here. I try to check on you every now and then. My life? Still dramatic, as always, thanks for asking. But I finally found some time to finish the Annetoon transcript I started last year. It is almost time to finish my thesis and I am obviously procrastinating. That means you can expect more from me in the near future. I can't promise it will be a coherent attempt to work on one project. Rather some random contributions.

Anyways, back to the transcript of "The Swim of Things". It was the first thing I ever transcribed with English sound. As a non-native speaker, I cannot promise it is flawless. There are some moments when I am not able to recognize the particular word said at that time. For now, I used a smaller font to mark them. Feel free to correct me if you have access to any of the adaptations transcribed by me.

Lucy Maud Montgomery and Me

Slovak editions I own:

English editions I own:

I've also read The Golden Road, Emily of New Moon, Emily Climbs, Akin to Anne: Tales of Other Orphans, After Many Days: Tales of Time Passed, Against the Odds: Tales of Achievement and At the Altar: Matrimonial Tales, all of them in Slovak.

Kilmeny of the Orchard, Emily's Quest, Magic for Marigold, Pat of Silver Bush, Mistress Pat, Jane of Lantern Hill, The Doctor's Sweetheart and Other Stories, Along the Shore: Tales by the Sea and The Blythes Are Quoted are still on my to-read list.

Films/TV series/Other adaptations in my possession:

A list of people who have helped me throughout the years:

Retrieved from "https://anneofgreengables.fandom.com/wiki/User:LilyLacreag?oldid=91757"
Community content is available under CC-BY-SA unless otherwise noted.