Anne of Green Gables Wiki
Register
Don't have an account?
Sign In
Advertisement
in: Anne with an E seasons
English

"Youth Is the Season of Hope"

"The Growing Good of the World"

Welcome back to Green Gables — Anne's beloved world of Green Gables becomes a much bigger place, with new faces and heartfelt lessons about love, loss and growing up.

The following information was taken from the IMDb Cast & Crew page. It should not be considered to be a definitive and accurate list until further confirmation by a relevant source (such as statements made by cast and crew themselves, official press releases or the episode ending credits).

The whole season premiered on Netflix on July 6, 2018. It was later released on CBC, following the established weekly schedule. The first episode was broadcast on September 23, 2018, and the season concluded on November 18, 2018.

The broadcasting in Slovakia is managed by the state broadcaster RTVS and one of its channels, Jednotka. The second season of Anna zo Zeleného domu (lit: Anne of Green House) premiered on Jednotka on December 28, 2019, and will conclude on January 6, 2020. The show is broadcast with Slovak dubbing. 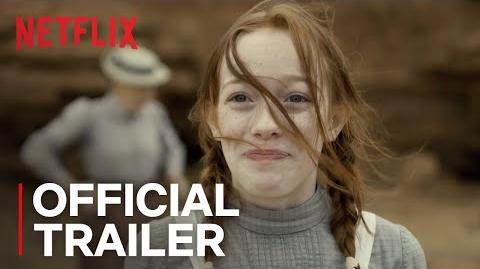