Gallery
L.M. Montgomery's Anne of Green Gables: The Good Stars is a 2017 Canadian television film produced by Breakthrough Entertainment. It was directed and written by John Kent Harrison and stars Ella Ballentine, Martin Sheen and Sara Botsford. It premiered in Canada on YTV on February 20, 2017.

Our beloved Anne Shirley turns thirteen and faces a host of new milestones: first sleepovers, culinary misadventures, and shifting relationships with her bosom friend Diana and academic rival Gilbert Blythe. Through all this, Anne strives to strike a balance between becoming an upstanding, sensible young woman, and embracing her inquisitive and free-spirited nature.[1]

The following information was taken from the IMDb Cast & Crew page. It should not be considered to be a definitive and accurate list until further confirmation by a relevant source (such as statements made by cast and crew themselves, official press releases or the film ending credits).

L.M. Montgomery's Anne of Green Gables: The Good Stars premiered on YTV in Canada on February 20, 2017.

The broadcasting in the United States is managed by PBS. The film will be released on DVD by PBS on November 7, 2017.[2] It will premiere on the PBS channel on November 23, 2017, which is also Thanksgiving Day.[3]

Its distribution in Australia is managed by Umbrella Entertainment. It was released on DVD on May 2, 2018.[4] 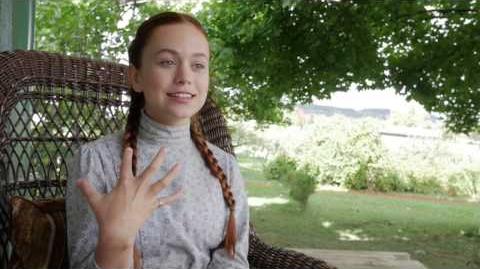 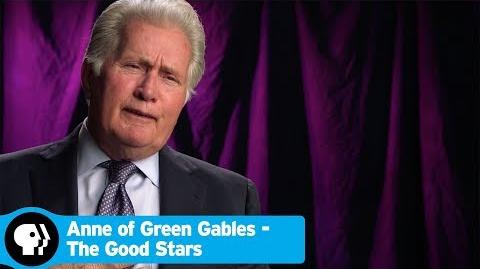 The Good Stars Interview - Inside Look (United States Only)

Retrieved from "https://anneofgreengables.fandom.com/wiki/L.M._Montgomery%27s_Anne_of_Green_Gables:_The_Good_Stars?oldid=86723"
Community content is available under CC-BY-SA unless otherwise noted.