Edit
watch 01:36
We're Getting Mutants in the MCU - The Loop
Do you like this video?
Play Sound

"What we're going to do is take it a little bit deeper, and start to really explore backgrounds and characters, the immigrant experience during that time, the economic challenges during that time. Really just be a little braver about telling the real stories, you know, what people were really experiencing."
—Jean Lambur, executive producer

L.M. Montgomery's Anne of Green Gables is a 2016 Canadian television film created by Breakthrough Entertainment. Initially announced as a thirteen-episode series in July 2012,[2] it was directed by John Kent Harrison, written by Susan Coyne and starred Ella Ballentine, Martin Sheen and Sara Botsford.

It is the year 1907 on beautiful Prince Edward Island. Anne Shirley is mistakenly sent there to Matthew and Marilla Cuthbert, a middle-aged brother and sister who had intended to adopt a boy to help them on their farm.

Anne must make her way with the Cuthberts, in school and in the town of Avonlea to ensure she is never sent back to the orphanage again.

Based on the globally beloved classic children’s novel, that was first published in 1908 by Lucy Maud Montgomery, Anne of Green Gables is the story of a fiercely imaginative little girl who, with her irrepressible spirit, touches the lives of everyone that she meets. In particular, it is the story of Anne’s stormy relationship with the strait-laced Marilla Cuthbert who discovers through Anne a capacity for love that she never knew she had.

The Producers Wish to Thank

L.M. Montgomery's Anne of Green Gables premiered on YTV in Canada on February 15, 2016, which was also Family Day in most provinces in Canada. It re-aired on May 29 and July 1 (Canada Day) of the same year.

The broadcasting in Germany is managed by Bayerischer Rundfunk/ARD. The film premiered in Germany on ARD before being released on DVD and Blu-Ray on July 18, 2016, with two language options (the original sound and German dubbing).[3]

The broadcasting in Central Europe is managed by HBO. The film premiered in Poland on August 6, 2016, and in the Czech Republic and Hungary on August 11, 2016. It has been frequently repeated since then.[6][7][8]

Its distribution in Japan is managed by Happinet Corporation and Synergy Entertainment. It was scheduled for theatrical release on May 6, 2017, which was followed by the film's DVD and VOD release in the country.[12]

"From the inspired casting, the tender script and its eloquent adherence to the story of Anne Shirley, my family is so proud to be associated with bringing Breakthrough's film adaptation to a new generation of viewers."
—Kate Macdonald Butler 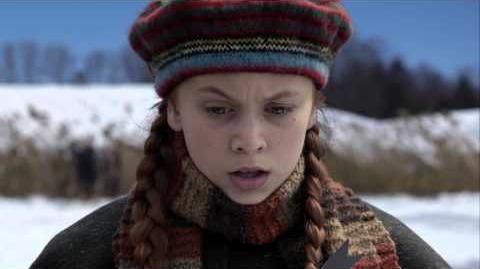 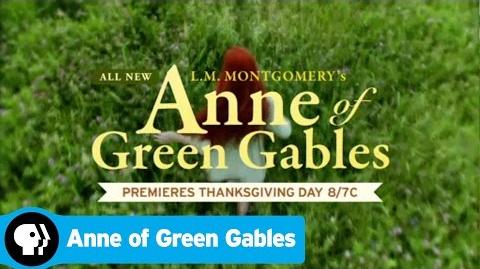 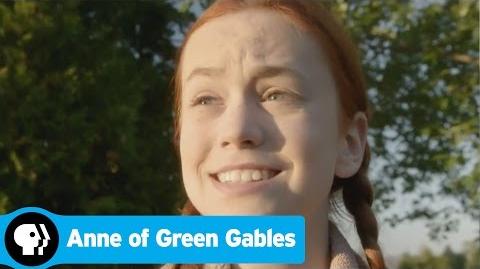 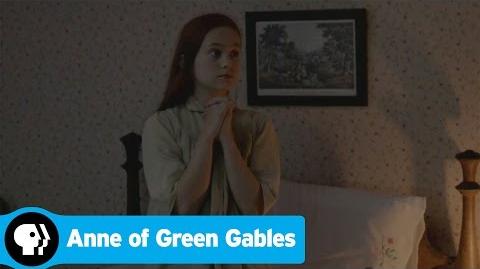 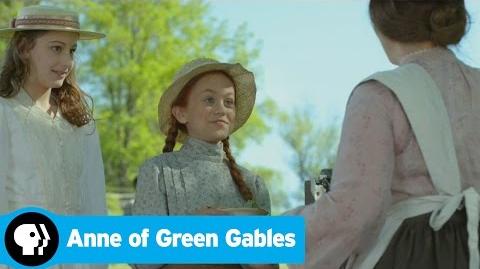 L.M. Montgomery's Anne of Green Gables - "Is It Not Scrumptious?" 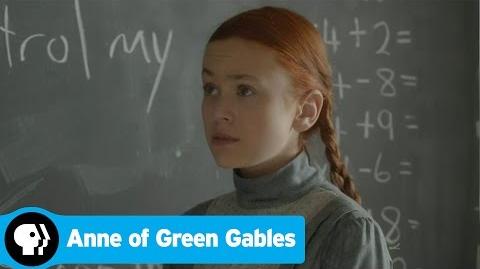 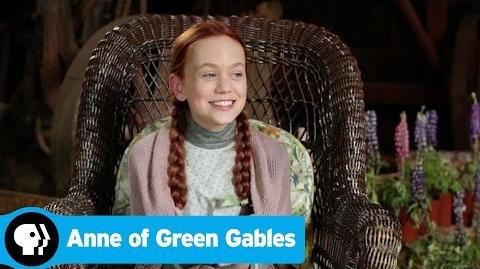